"I have fought a good fight, I have finished my course, I have kept the faith." 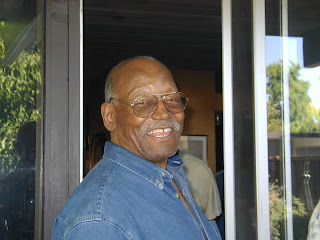 Uncle Rudy was diagnosed with pancreatic cancer earlier this year, and throughout his fight, he was an inspiration.

Thinking back over the years, I don't recall a time where I ever heard him complain - about anything. These last few months were no exception, for not a single time did I witness my uncle complain or get angry, with the exception of when he tried to do something and just didn't have the physical strength he needed. God was ever merciful, because over the course of the illness, Uncle Rudy was in no pain. He held on as long as he could, and I truly believe that it wasn't until he knew for sure that my aunt would be okay that he finally let go and allowed the Lord to call him home. 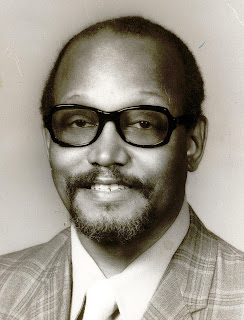 For as long as I can remember, being at the “Cookies’” home was being at home. There had always been such a sense of peace there, and to this day, that peace has remained. Spending the night there as a child was like being in another world, and waking up to put my feet on the warm, heated floor, was a luxury that still brings smiles to my face. 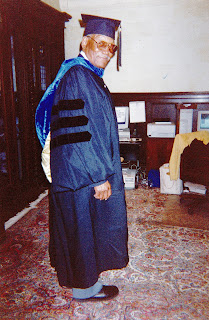 When my brother and I were old enough to take BART by ourselves, we’d ride to the Fremont station, and Uncle Rudy and Aunt Shirley would pick us up, warm freshly baked bread at the ready (Uncle Rudy loved to bake bread), so we could feast in the back seat on the drive to the house.
Family gatherings, birthday celebrations, graduations, Thanksgiving, Christmas and just about every other type of gathering you can imagine, Uncle Rudy was the best host, accompanied by his beautiful wife and life partner, Aunt Shirley. I can’t help but to smile when I think of how they always affectionately called each other pet names. They were our Cliff and Clair Huxtable. “Dear”, “Sweetie”, “Baby”, “Honey” and “Love” were consistently sprinkled throughout their conversations. The one I found most amusing, however, was when Auntie would call Unc her “Buddy”. “Oh, baby, let me go see about my buddy,” she’d say.

For a man of such great accomplishment, Uncle Rudy was profoundly humble, so much so that even though he had a Ph.D. in Philosophy and spent much of his life as a psychologist, including running his private practice, he didn’t like being referred to as “Dr.” My aunt and I laughed when she told me, “Oh, no, honey. The only time your uncle uses his title is when he goes to court or to the correction facility to do his job!” 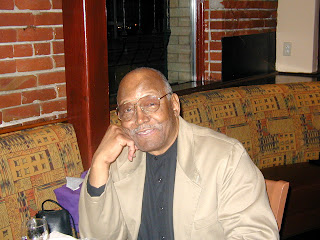 Rudolph Cook was a remarkable and benevolent man, loving husband, caring and supportive uncle, loyal confidant and hard worker who worked up until January of this year. He loved to travel probably as much as he loved being with family, and it is such a joy looking at photos of him and Aunt Shirley in various countries. He was complex yet simple, could talk on just about any subject and had a way of making everyone feel at home. He was kind and gentle and always encouraged us – my sister, brother and me – to do our best in whatever we set out to do. He believed in the benefits of a good education, and led by example. He was more than just an uncle to me. He was like a father to me, even while my father was still living, and whenever I’d call the house, my heart was blessed to hear his cheerful, “Well, hello, Melanie Dear!”

I am forever grateful to the Lord for allowing me to have had Uncle Rudy in my life, and my soul rejoices with the hope that he is with our Lord and Savior, old body cast away, spirit refreshed, in glory.

Uncle Rudy, I love you and miss you. And I thank you. 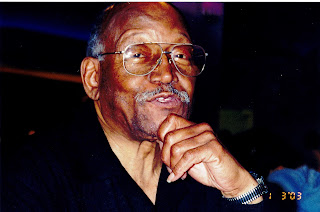