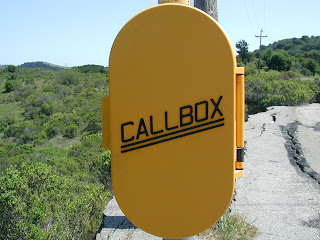 Normally, during commutes on BART, there is lively chatter between two or more riders. As each takes turns sharing their personal commute stories, job stories, “what I did over the weekend” stories, and the like, it’s almost impossible not to listen in. In fact, I often look forward to my commutes because it’s in some cases my “comic relief” of sorts.


On one particular day, something seemed strangely off – missing.
I looked around trying to figure out what it was. It was almost like a scene out of “Twilight Zone” (the old black and white versions). Nothing to be heard but the loud noise of the train on its way to wherever. Then I realized what it was that was missing - conversation. To my right were a number of passengers with their heads down, ear buds in, and the strange “blue glow” of smart phone screens. To my left, the same, with some busy with laptops and e-readers. In front of me, the same.


The word “DIS-connected” (purposely misspelled) immediately popped into my mind.


Webster defines disconnected simply as not connected or separate. My “DIS-connected” means that those who were previously connected have become so engrossed that they have actually – and in some cases, unwittingly – separated themselves from others.


In a world where technology is so readily accessible, and just about everyone – even kids as young as eight years old – has a cell phone, human interaction and conversation are becoming a thing of the past. The use of smart phones, cell phones, MP3 players, digital readers (note that I’m deliberately NOT using brand names here so as not to show any favoritism) have invaded our space, and is quickly robbing us of the ability to socialize. 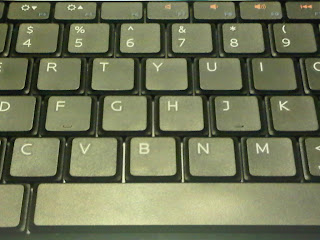 Several years ago, I visited my aunt and uncle for our traditional Christmas Eve dinner. I was shocked (and not in a good way) when she informed us that “texting is not allowed” in their home. After she explained why, I understood: Young people today have little imagination and almost no socialization skills because most everything that is said is done so either by text or email – primarily text.

Sadly, the morning commute only confirmed that fact.

Like others, I enjoy texting and emailing. However, when I saw that nearly everyone on the morning train was in their own “private bubble”, completely oblivious to their surroundings, I decided to make a vow to myself: Every week I will call at least two people and actually TALK with those people. Midweek, I list three people (two primary and one alternate), usually people I haven’t spoken with in a while. I add a “To call" appointment with reminder to my calendar for Saturday or Sunday. At that scheduled time, I call the first person, and once connected, we unhurriedly catch up on our lives. Once that call is done, I call the second person on my list. If one person is unavailable I’ll call the alternate.

I realize that texting and emailing are and can be very useful tools. Conversely, when used incorrectly, they can be impersonal means by which to communicate; they give the writer a sense of absolute control and there really is no way to truly know the tone of voice in which the message is sent. Admittedly, we respond when we want to respond – or not. However, being able to hear someone’s voice, to ask someone, “How are you?” (not “H R U?”) and actually LISTEN for the response, helps to RE-connect us as social human beings.

Ephesians 4:29 tells us that we are to “not let any unwholesome talk come out of [our] mouths, but what is helpful for building others up according to their needs, that it may benefit those who listen.” From this scripture, it’s clear that God gave us communication not just for us, per se, but for others. I once heard someone say, “It’s not always about you.” Calling others, just to let them know we're thinking of them, can mean more to that person than we can imagine. I speak from experience. Whenever I get a call from someone saying, “You were on my mind and I just wanted to call and see how you’re doing,” I feel valued, appreciated, cared about. And in God’s awesome timing, many of these calls come at vital times, times when I am “going through,” and they make all the difference.

Communication is the primary ingredient in establishing, building and maintaining healthy relationships. How many times have you spoken with someone who was having a bad day, or “going through” and after hearing your voice that person’s whole attitude had changed for the better? Proverbs 12:25 sums it up this way: “An anxious heart weighs a man down, but a kind word cheers him up.” In fact, Proverbs is full of scriptures on communication, showing us how our words have the power to affect others. According to the Bible, “A wise man’s heart guides his mouth, and his lips promote instruction. Pleasant words are a honeycomb, sweet to the soul and healing to the bones.” (Proverbs 16:23-24)

Stop here, re-read, then meditate on the last part of the previous scripture:


Now I have a challenge for you. Don’t worry, I’m not going to ask anyone to give up texting or emailing. Instead, I challenge each of you to reincorporate the art of voice communication into your weekly routines. Each week, I ask that you commit to calling at least two people and share your time with them. Make a list of three people (two primary and one alternate, preferably those whom you’ve not spoken with in a while). Add an appointment with a reminder to your schedule and make the time slot one in which you won’t be distracted or hurried then make the calls as planned.


If you think of backing out of making the calls, just remember, “It’s not always about you.” You may never know the positive impact your voice may have on someone.
Tweet
By Melanie E. McLean - Follower of Christ, Praise and Worship leader, MAOL graduate, writer, editor, gadget lover, BlackBerry enthusiast, humble and grateful work-in-progress!

I totally agree! Thanks for encouraging us to "buck the system" and really connect with people.

This is an awesome observation and I totally agree. In fact, I was just thinking the other day when was the last time that I had received a "letter". Not business, but a personal letter asking about me and my family's well being or just a note to say "Hi". Remember the opening lines to almost all personal letters written back in the day? "How are you?" "Fine I hope." "Hope this letter finds you and family well"...etc. We have lost the personal touch in our communications. My landline rarely rings anymore as my smartphone has become the primary source for reaching me. In fact, I know people that have given up their landlines altogether and communication is done solely by smartphone usage. I will accept your challenge as I have relatives that are now seniors that I have not written to(sounds archaic), nor called lately to check on. They would not understand LOL, BTW, or C U L8R.

So True! I must admit that I am one of the people who has become so intertwined in the technology craze that I find myself neglecting opportunities to engage in causal conversation with people that I come in contact with on a daily basis. Such encounters could initiate new frienships, connections, and more importantly opptunities to share the gospel...It's kinda sad that in today's society we neglect such an intergral component of human interaction. Thanks for pointing this out! As they say when you know better you do better...I'm definetly going to do better.