Is Your Bible Complete?

Last week, my pastor started teaching a Bible Study series titled, "How to Study the Bible". This week, in part two of the series, "Why Study the Bible?" he spoke about how many different Bible versions or translations there are, and the fact that many of God's Words have been written OUT of those versions. He presented a book to us as suggested reading: "Let's Weigh the Evidence" by Barry Burton (available in paperback and Kindle version) and read excerpts from the book. The book compares different versions of the Bible to the King James Version (KJV) and shows how blatantly man has removed from or probably in some cases, added to, the Word of God. 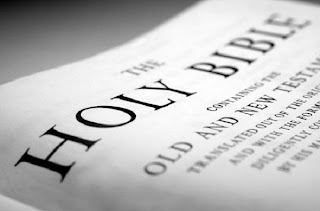 I added the book (Kindle format) to my library. I then decided to do a bit of research and came across this tract (publication) by David Daniels: No Liars in Heaven. It's illustrated in plain terms and shows examples of Bible passages that were removed or changed from the original KJV. I decided to check my own New International Version (NIV), and my mouth dropped when I found that passages were missing. In one chapter I checked, an entire verse was missing, including words spoken by Jesus.

Though I have been using the NIV for several years now, and have a beautiful and rather expensive NIV study Bible, I realize that it does not serve it's purpose as a purported Word of God due to the fact that it has been deliberately tampered with. I had relied on this version to help me understand the Bible better, and trusted that it would do just that. However, the Bible tells us in James 1:5, "If any of you lack wisdom, let him ask of God, that giveth to all men liberally, and upbraideth not; and it shall be given him." (KJV) Further, in Proverbs 4:7, God tells us, "Wisdom is the principal thing; therefore get wisdom: and with all thy getting get understanding." (KJV) I know of some people who don't read the Bible because they don't understand it. I used to be in that category, before I gave my life to Christ. As I continue my walk with Him, asking God to open up my understanding, actively listening to sermons, attending Bible Study and taking notes, the Word of God becomes more understandable. As a result, the more I read the Bible - the King James Version - the more excited I become, knowing that God is speaking directly to me through His word and making it possible for me to understand.

From the two last two passages above, I now realize that, in the completeness of God, He has provided everything we need to understand His Word. Matthew 13:11 and Luke 18:10 tell of the "mysteries of the kingdom of heaven" and the "mysteries of the kingdom of God," as the disciples ask Jesus why He speaks in parables. Jesus spoke in parables to His disciples because they were believers, and received His truth and His Word. We who have given our lives to Christ, accepting Him as our personal Lord and Savior, have been given the ability - spiritual discernment - to understand God's Word, while those who reject Christ are left to try to "figure out" what God is saying. Simply put - how can someone understand what they have already closed themselves to? How can they understand His Word when they don't understand and believe that He IS? 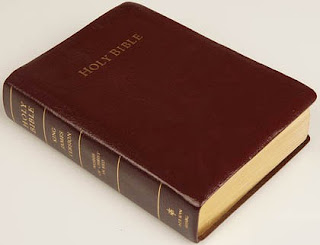 Will we, children of God, followers of Christ, understand everything in the Bible? Not necessarily, but that doesn't mean we aren't to try. The Bible says that "faith cometh by hearing, and hearing by the word of God." (Romans 10:17) Just as babies need milk initially, before they can go on to eat solid food, Christians need to HEAR the Word of God explained (i.e., the meat or solid food), to go along with our personal Bible study (I won't call this "baby food" but rather, think of our personal Bible study as the appetizer and the sermon or spoken lesson as the main course!) As we hear the scriptures explained by a trusted and faithful pastor who preaches the ENTIRE Word of God, we increase our understanding, and our desire to know God's Word is further fueled.

I may have strayed a bit off course from the title of this message, but I believe it all to be relevant. In our limited understanding and desire to take "shortcuts" to learning the Bible, we have been blinded to the fact that just maybe all these "new and improved versions" of the Bible popping up like weeds in an untended garden are too good to be true. We - and I am one of those "we" - read and accept the new translations as being the Word of God, when in reality they seem to be watered-down, modified versions of the Bible.

Is your Bible complete? The King James Version is the only Authorized Version and is the most printed and widely distributed work in history (U.S. Congress). The others are copyrights, which Webster defines as having "the exclusive legal right to reproduce, publish, sell or distribute the matter and form of something (as a literary, musical, or artistic work).


The only One who has exclusive legal right to His Word is God. And He doesn't change! "Jesus Christ the same yesterday, and to day, and for ever."
(Hebrews 13:8)